The Fourth of July is the scariest time of year for fur babies. Check out this infographic to see how the holiday impacted our pets: 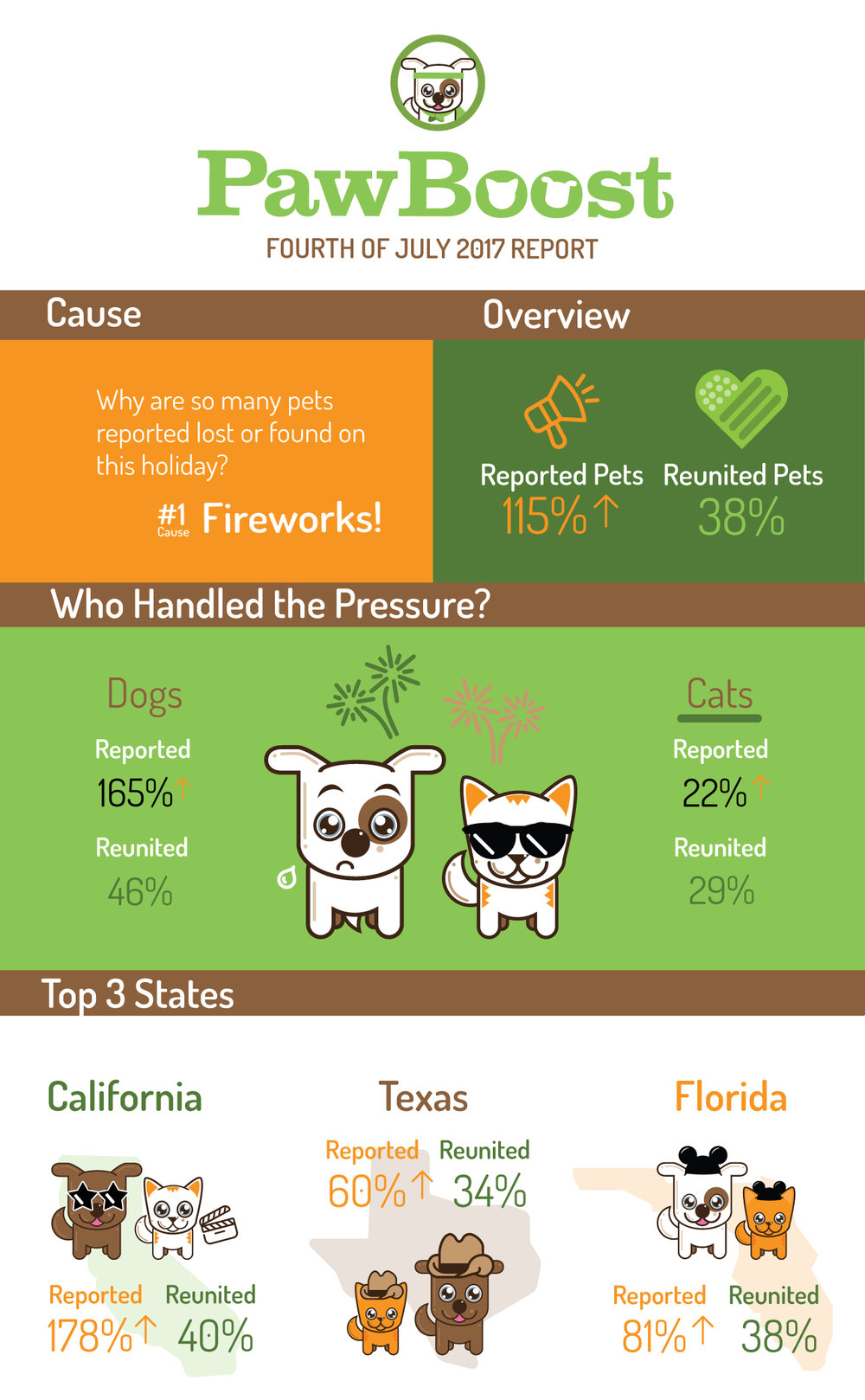 Cause
Over this holiday, the resounding blasts and flashing lights can feel like a kind of attack on our pet’s senses causing them to run off as they attempt to escape the noise and lights.

Overview
On July 5-7th 2017, the number of lost and found pets reported to PawBoost was 115% higher than June’s average.

Who Handled the Pressure?
Who handled the holiday better? Compared to dogs, cats kept their cool. There was a 22% increase in missing cats reported. Dogs couldn’t handle the pressure quite so well with a 165% increase in reports. More dogs than cats were later reunited with their families; 46% of dogs were reunited, compared to 29% for cats.

The good news is: There were many happy reunions for missing fur babies because of the work the Rescue Squad! Treat every day like a holiday and keep your pets safe!