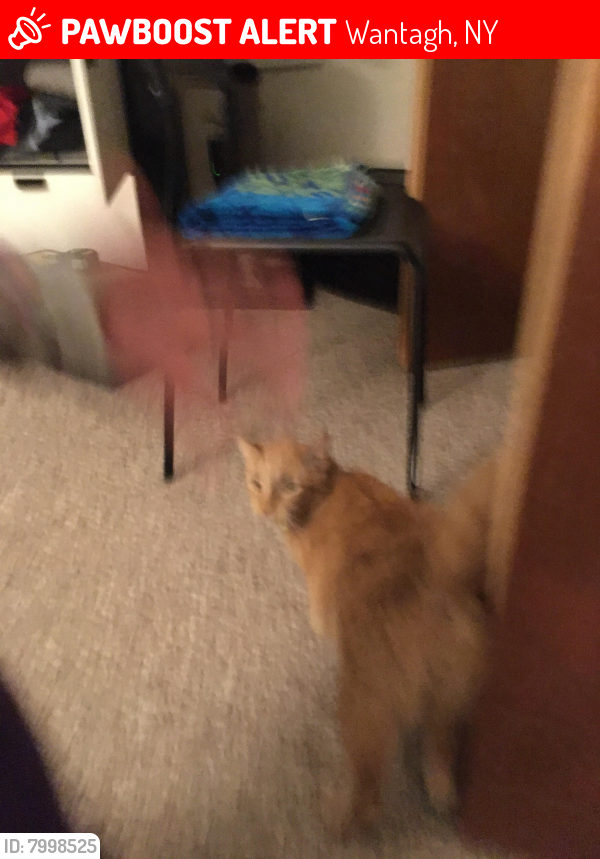 "Frank is a friendly cat who is not used to living outside. But is beloved by our children and us. He is wearing a blue collar and has a long skinny body with orange fur. Please help us find a pet. Text or call me when you see him."

Hank is a very friendly cat who has never been outside before. He has a blue collar. Please help us find our cat.

🐾 📣 Open Escape for Reentry‼️ If still nearby, keep looking and listening for meowing. Keep point of escape open for reentry with a can of smelly food inside if you can. Kitty will try to get back in from the cold. Will look for a place to keep warm. (I’m seeing a pattern of return around 4am) 🐾📌 If cat is an indoor cat it should be very near still and hiding in fear. ➡️• Immediate- Look under bushes, under porch and under deck including any small place they can crawl into, look in-between fences, car engines, on top of car tires & under cars, look up in the trees. • Go out at dark with a flashlight and search. •Some cats have been found at house directly behind the house cat was missing from. ➡️•• Leave Point of Escape open with a can of smelly food inside for reentry. If you can’t leave an opening in your home and you have a garage, open the door about 6” up with food and water placed in back of room or find some place where cat may shelter and leave food (LAMB CHOP seems to entice) & water there. ➡️• Get a night vision motion detector video camera with sound that sends notifications to your cell phone and you’ll know if you’re pet is around. Aim outside at each door, where food is placed and at the humane trap. Any camera such as Ring, Arlo, anything that records. • Some people have found downloading a Cat Meowing App and playing it, draws out the cat. ✋Just Added: 🛑🌬🌨❄️⚡️ Especially this time of year, cats will not only hide under bushes, porches, decks, in between fences and small places that they can crawl into, they want to seek shelter from the rain, cold and snow. Please check window wells, nearby sewers, garages, behind garages, sheds, behind sheds, under decks, car engines, on top of car tires & under cars. Look in all of the above corners and under items in those places. Most of the time they back themselves into corners and remain quiet, even to you because they’re scared. Listen for the slightest noise of movement and move items around and use that flashlight. ➡️•• Shelter- Place near where cat escaped adding straw (not hay), some catnip inside and on a toy. Throw toy in back of shelter and watch to see if taken out and played with. ➡️ 📌 Also post on Neighbors Ring and Nextdoor Apps Written by Donna Harman 📌 Please Take Our Tips: TAKE OUR SUGGESTIONS NO MATTER HOW CRAZY THEY SOUND TO YOU Put a pile of unlaundered clothing, bedsheets , pillowcases and socks on your lawn...and hang some from your fence/bushes. Empty the contents of used litter box and household vacuum cleaner bag/canister across the lawn. Leave bowls of smelly food out - tuna/sardines, rotisserie or Kentucky fried chicken Turn on BBQ - cook hot dogs and bacon. SCENT IS EVERYTHING !! Do these things right now! FLIERS MUST GO UP ASAP TO GET SIGHTINGS. Every pole/tree/neighbors stoops/porches. Offer reward. Give fliers to mailman, UPS drivers, fed ex drivers, etc. Local supermarket, dry cleaners, drug store should have a flier. Call local precinct and report the cat as lost. Ditto for shelters. You must visit shelters - the person on the phone doesn't know every pet brought in. Delegate to friends so that you get the posters up ASAP!!!! Go out searching, especially when it's dark and quiet - early AM and later in evening. Carry tuna and heated Kentucky Fried Chicken for scent. Bring a bag of treats to shake when you call out cat’s name and then stop and listen for faint meowing. (We've recently reunited cats that were stuck in neighbor's sheds/garages!) Look under bushes, in/behind sheds, or neighbor's porches with flashlight. It'll make the cat's eyes glow so you can spot it. Don't drive around! If your cat is an indoor only cat, it hasn't travelled more than 2-4 blocks away. Look on your neighbor's properties. Written by Josephine Chianetta & Anita Maria ✋This is from a study that was done on lost cats: • Cats are very different from dogs when panicked. They are territorial and your cat’s territory was inside of your home. Once a cat is transplanted into unfamiliar territory, fear sets in and it seeks shelter because it is afraid. They panic immediately and look to hide usually near the escape point or within a 5-house radius of their home where they've never been before. Cats that are afraid (and cats that are injured) will seek areas of concealment such as under a deck, under a house, under a porch, or in heavy brush and they will not meow! Panicked cats hide in silence. Silence is their only protective measure from predators. They can stay concealed for days, sometimes weeks! Just because you don’t see or hear your cat DOES NOT mean he or she is not right there, hiding in fear from the loud noises, etc. they will not meow! Meowing would give up their location to a predator. Their behavior has nothing to do with whether the cat loves you, whether it recognizes your voice, or whether it can smell you–it has everything to do with the fact that a frightened cat will hide in silence! • The Threshold Factor: Many of these cats initially hide in silence, but eventually break cover and meow, return to their home or the escape point (window or door), or finally enter a humane trap. While some cats take only hours or a few days to reach their threshold, many others take several days (typically ten to twelve days) before they break cover. We suspect the threshold is reached due to their thirst. • In an attempt to capture your cat, use humane traps in your yard or in your neighbor’s yard where your cat is likely hiding in fear. If you choose not to, place small amounts of cat food (and water) and hopefully you’ll eventually be able to determine where the cat is hiding. Written by Donna Harman

I live on Wander Lane in Wantagh. I will keep my eye out for him. Good luck!

Put a sign on your lawn Lost Cat. Put up flyers all over the neighborhood, offering a reward but don't mention an amount. Many people, particularly kids, will actually look for a cat if money is involved. Ask neighbors to check in and behind sheds and garages where a kitty could get stuck...Post on websites of shelters in the area as well as vet and groomer offices. Give mail carriers a flyer too. They get around the neighborhood and often see missing pets. Set a trap in a sheltered area of your yard and check it often. Even house cats that are tame are difficult to catch outside as they freak out when suddenly finding themselves outside. So a trap is a sensible way to catch a lost cat. You may get other people's cats, or even racoons at first, but still worth the effort to get yours home. Prayers for a safe return.😇

Look at night with a flashlight while calling his name. Look especially under bushes and the neighbors yards garage is in sheds. Look up in trees! Leave something outside with your sentence such as an unwashed piece of your clothing . Leave something outside with his sins such as his bedding. Leave out smelly cat food. Hang signs.: Visit local shelters and vets. Good luck! 🍀  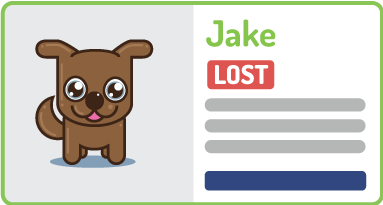 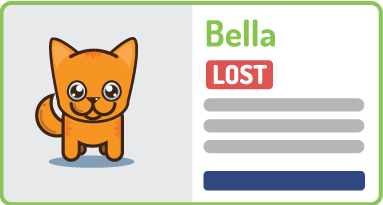 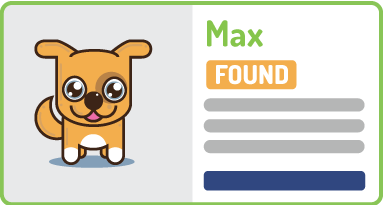 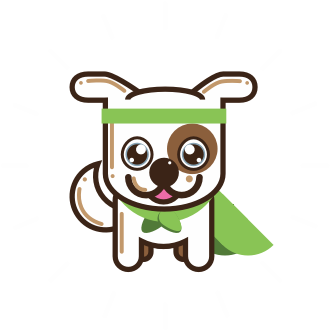 Optional: Add more info and a location to your post during this step!

No thanks, I don't want local lost pet alerts.

Welcome to the PawBoost Family!

Please check your email for a verification link to complete the sign up process.

Please select the reason you are flagging this pet.